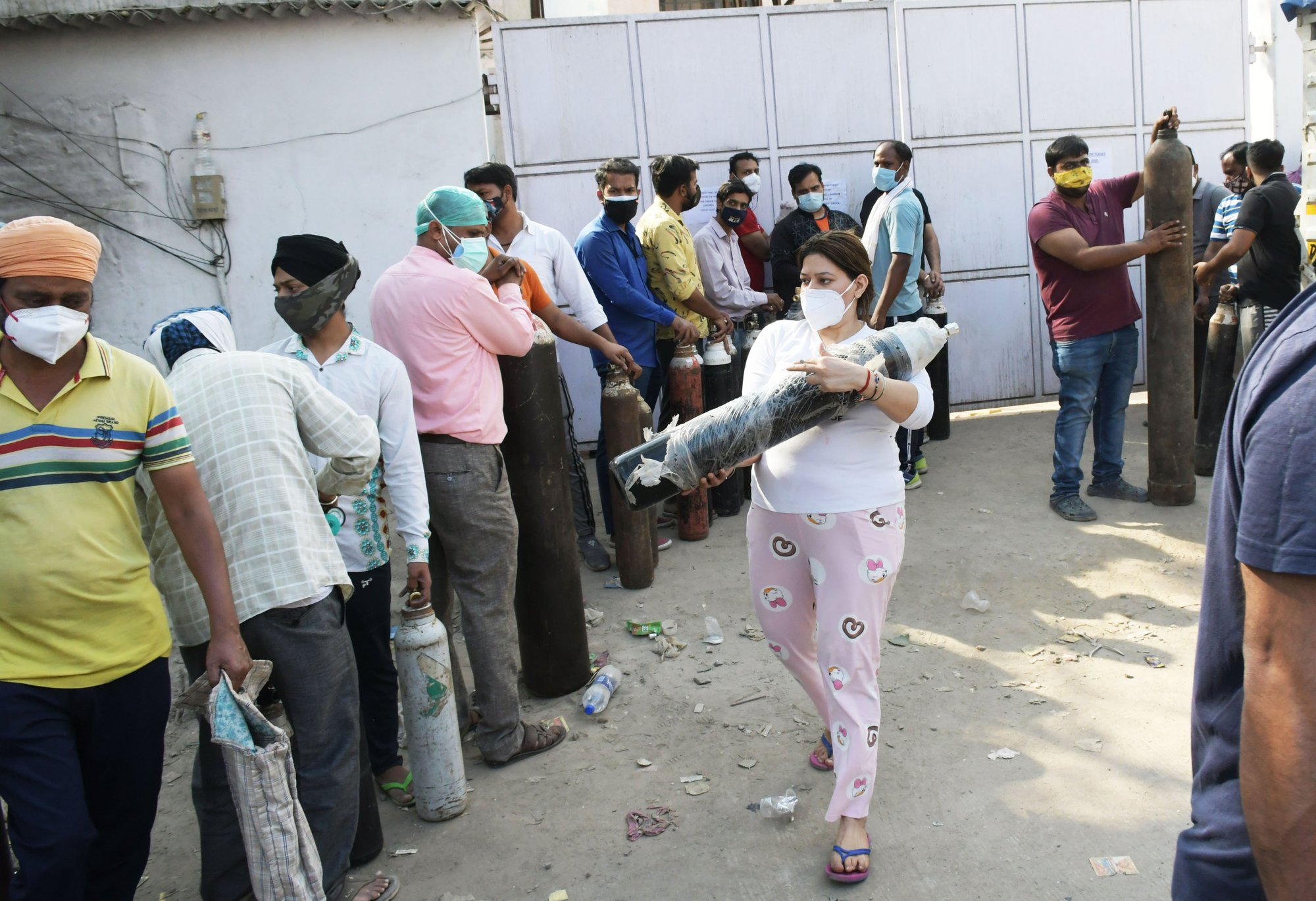 India's devastating second wave of Covid 19 has pushed the country's total number of infections to 20 million and the death toll to more than 220,000. Each day since April 22 the country reported more than 300000 new cases. Death toll started to climb and the Capital of India ran out of breath as people started to fall dead, begging for oxygen in and out of the hospitals. Crematoriums run out of wood and place for cremations, hospitals are full and closed and lack oxygen. Relatives have to wait for days with their dear departed for their turn for the pyre. Similar situation started to surge from different parts of the country.

This second wave has also made deep inroads into smaller towns and remote villages. Many are sick, and we hear people whom we know are dying in our project area. Deaths in the villages are not making it onto the official database because "there's no testing done to a majority of cases. People are afraid of the social stigma, they do not want to acknowledge it is corona. The private bus driver of the school who had been sick for two weeks tested positive after one week and yesterday he passed away. He was home quarantined. On a daily basis we hear people from the neighboring villages known to us passing away. Without proper testing, quarantine or hospital admissions we fear that the situation can get much worse. No lockdown is imposed and life goes on as usual.

In Uttar Pradesh local elections took place in four phases from April 15 to 29. In each village of this 200 million populated state, the candidates and their groups were moving from one house to another, offering them liquor, throwing parties and gifts to get elected. This has made the situation much worse.

Unlike the Southern States, here in the villages, people are hesitant to vaccinate. Though people above 45 can get vaccination, only a small percentage of them have gone for it. Our project has been motivating and reaching the elderly people who are willing, to vaccination centers by our bus. We spread awareness about its devastating effect if they do not protect themselves by social distancing, wearing masks and vaccination.

India's health system has been underfunded for years. India has 0.9 physicians per 1,000 people, well under the world average of 1.6,according to the World Bank. Only 2% of the population has been fully vaccinated.

After only a few months, because of this second wave, we have to close our St-Anthony's schools again. A government of incompetents, led by a Prime Minister more interested in organising huge meetings than in the safety of his people, has placed India in a health disaster that is difficult to measure. The rural areas where our schools are located have been relatively unaffected by the Covid pandemic so far. This will not be the case with this new wave… Like a wild fire, infection is heading deep into the villages now.