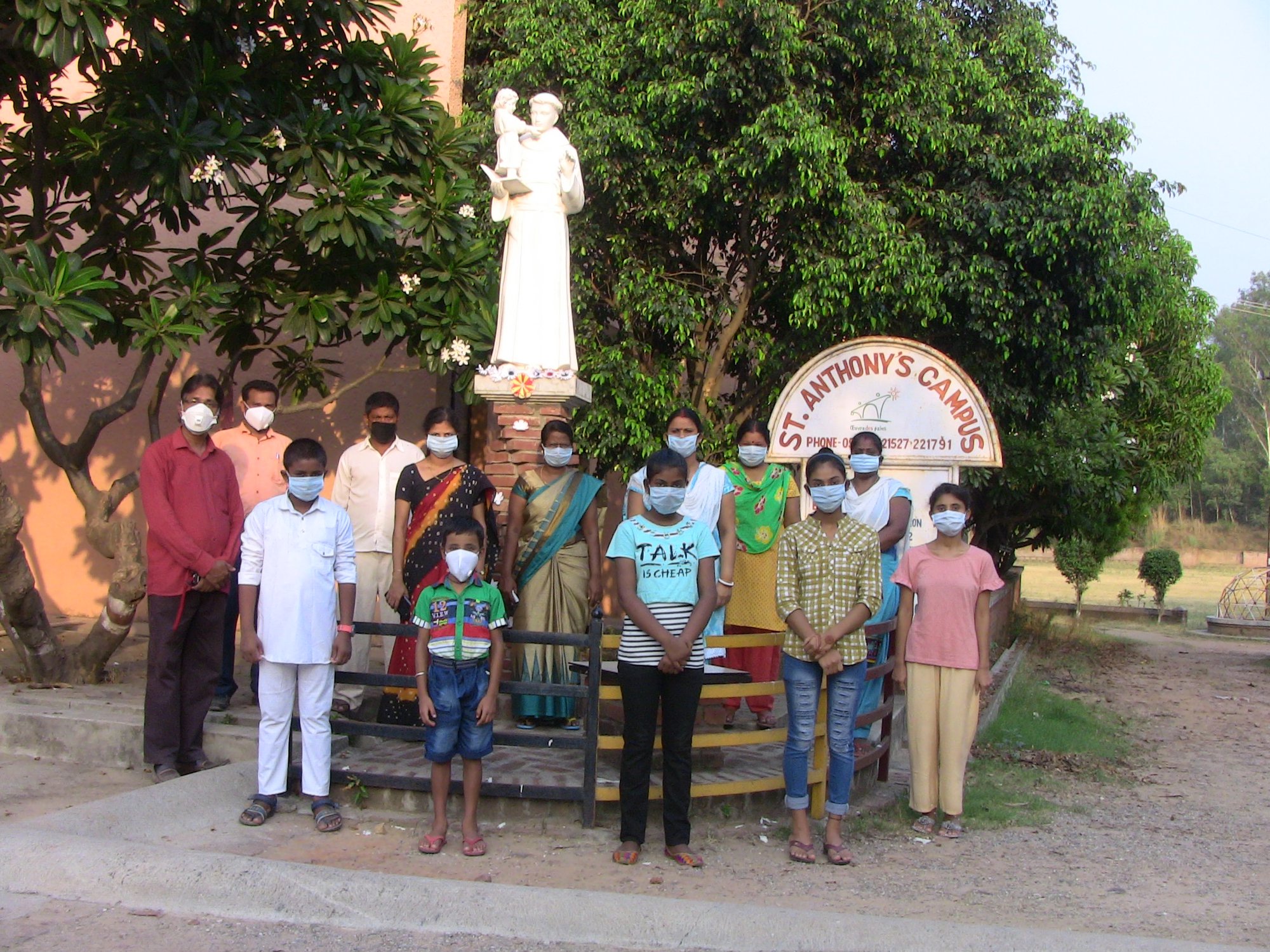 On 16th March, the government declared two weeks of holiday for schools. The ongoing Central Board exams for classes 10 and 12 were postponed till April 3rd. The familes of our south teachers started to get anxious about getting them back home (2000 km from St. Anthony's School). There was a lot of uncertainty at that time, and we decided to linger for few more days before taking the decision to arrange their departure. Each passing day, it became clearer that the reopening of the schools on 3rd April would not be possible. Also there was a big risk that they would remain stuck in our campus for a very long time in case a full lockdown was decided.

On 22nd March, the Delhi government imposed curfew and we foresaw the probability of Delhi borders and the airport being closed without delay. There was no time to wait, we immediately booked the available flight tickets for the next day and the teachers from south (Kerala and Tamil Nadu) left from school early morning on 24th to catch the last flight in the afternoon. Meanwhile the borders of Delhi were closed and our vehicles couldn’t enter the city ! We dropped the teachers at the border from where, with much difficulty, they managed to find local taxis. As they boarded the last flight, we had a sigh of relief !

Many schools started online classes using tools like Whatsapp, Zoom, Google classroom, etc. However, these classes were accessible to only the students whose families are equipped with a computer or a smartphone and internet connection needs also to be available. For our students of classes 12 and 10, who have to prepare for board exams next year, the teachers started having classes via whatsapp and zoom, but only 40 percent of the students could profit from it. Later, we started using a more structured system, Microsoft Teams, by which the teachers and students could work at their own convenient time. It had its own limitations as well. Eventually we extended the system to other classes too. Rahrai teachers kept in touch with the students via whatsapp, but only a very few turned out, the children are still very small. Following the government order, the ITI staff too started online classes for the students.

Private schools like St. Anthony’s School receive no financial support from the government. They pay their staff's salary from the fee collected from the students. While private schools with rich students managed to continue collecting fees, the schools in the remote and poor localities couldn’t. Teacher’s community is badly affected by this Covid-19 epidemy.

With the support of Anthony's Bread, we paid all the staff of our projects till the end of May. What will happen in the next few months is uncertain, the reopening of the schools in July will not be possible and nobody knows when it could happen. Schools cannot afford social distancing with more than 45 students per class. The school buses are full when they bring children from the villages. The return of the staff is also uncertain until the situation gets back to normal.

The director of the project, principals of our two St-Anthony's schools, ITI and other responsible people for the village work, stayed back in our campus. They are attending to the needs of the project and collaborating with the government in fighting this virus. Anthony's Bread provided food for the families and old people in the villages. We collaborated with the local hospitals and police stations and other public places to provide sanitisers and masks. Awareness program in the villages are held. Our women from SHG stitched masks on demand of the government. The school building if need arises will be used for quarantine.